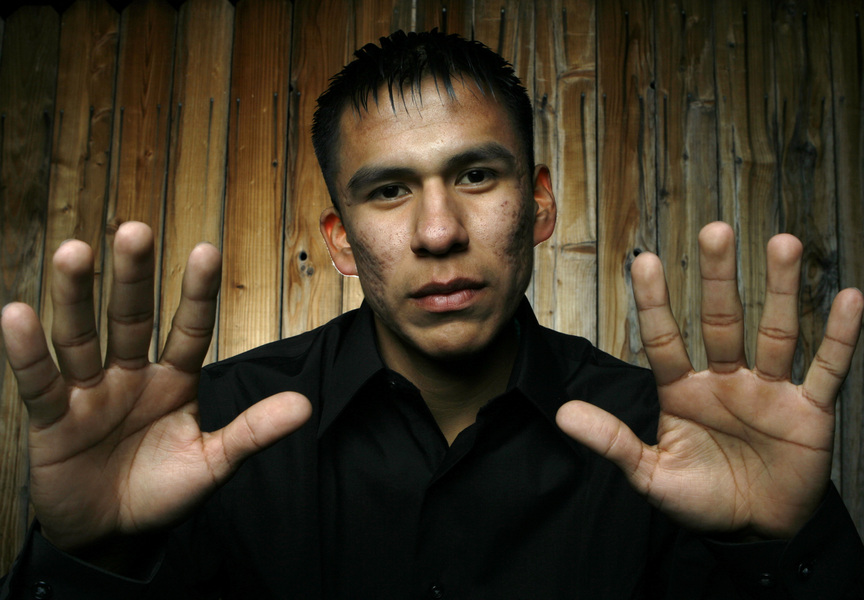 Marine Pvt. Ronnie Tallman, a Navajo, learned last year, while on leave from the military, that he has what his community considers a sacred gift. He believes he has been called to be a hand trembler, an extremely rare healer who has the power when in a trance to determine what is wrong with someone physically, emotionally or spiritually. He is actually licensed by the Navajo Nation as a medicine practitioner. Tallman is stationed in Twenty-nine Palms, California. © 2007 AP Photo/Mark Avery